Amazon comes with a successor to the Echo, the Echo Show. A smart speech assistant with a touchscreen. The Amazon Echo show mainly uses voice control

The Amazon Echo show mainly uses voice control. Users can talk to the device and ask for music to be played, or the weather can be notified. The Echo Show features a 7-inch touchscreen on which these weather reports or, for example, the user's calendar can be displayed.

Photos and video
The smart assistant is also equipped with a camera at the top of the device and a built-in loudspeaker. This allows users to make video calls or even take pictures.

Amazon will release the Echo Show 8 in September 2019. This screen has a size of 8-inch and is slightly larger than the Show 5 that was launched in 2018. The smart display is intended for use in the kitchen, comes with a camera and microphone (but also a cover for the camera) and receives a price of 129.99 dollars.

All ratings for Echo Show

Alexa Amazon voice assistant gets more applications
Amazon the creator of Alexa, a smart speech assistant comes up with multiple applications and improvements to existing products to stimulate use. A good example is Show and Tell with Amazon Alexa. For example, the blind and visually impaired can hold things from the kitchen in front of the machine's camera, such as the Amazon Echo, after which Alexa can tell you exactly what you are holding. Amazon uses both computer vision and machine learning.
Read more...
Update Amazon smart assistants
September 2018, Amazon introduces new product upgrades and a ton of new Alexa-enabled products, including a microwave and car gadget. Applications based on Amazon's smart assistant for your home and car.
Read more... 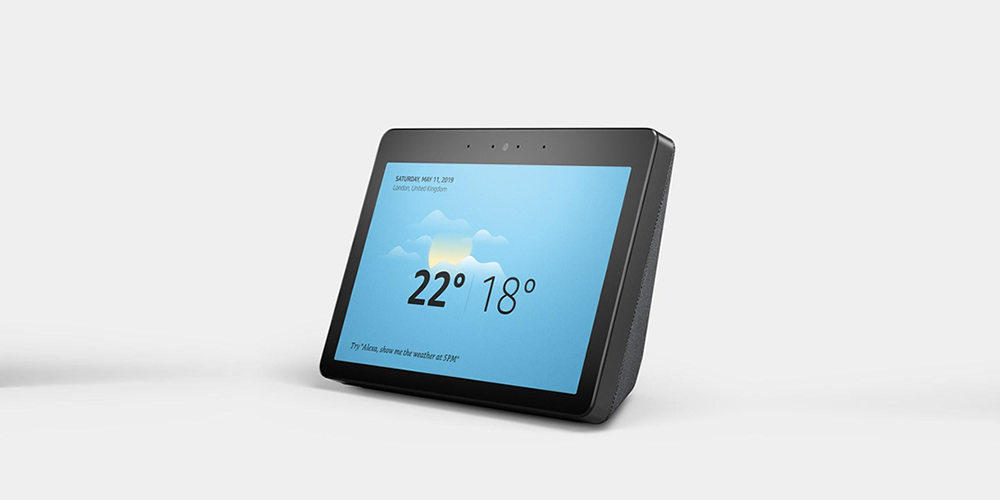