The Tiagio service robot was developed by Pal Robotics. This is a Eurostar project in which innovative ideas are quickly brought to the market. Pal robotics has already developed several robots such as Reem and Reem C. The organization therefore has the necessary experience

The first thing that strikes Tiago is that it is narrow, and therefore can manoeuvre in smaller environments such as the house, that the robot is height adjustable and the most striking is its long arm, which allows the robot to reach the ground to pick things up. The robot has sensors to prevent collisions with humans and control is possible via tablet or remote (telepresence). The extent to which Tiago carries out autonomous activities is unknown.

Robots for information and communication
Robots at work

All ratings for TIAGo service robot

Robots for information and communication
Robots at work 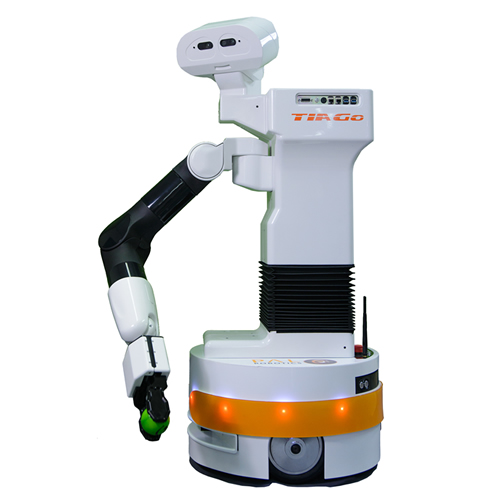