Robosapien X combines all the features of the previous version (v2) with app control! With IOS and Android, the included Dongle makes programming your Robosapien easier than ever. A flowing movement with a biomechanical, multi-sensory, interactive humanoid personality. This 24 "tall" second generation Robosapien is capable of running autonomously and is capable of reacting interactively with people and objects.

Be the first to rate Robosapien X 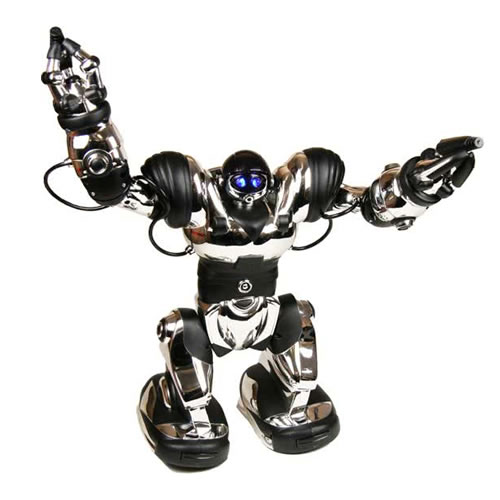