The Robosapien V2 is the second generation of Mark Tilden's Robosapien robot. It is nearly twice the size of the original robot, standing around 1.5 feet (46 cm) tall. Instead of the original caveman grunts the V2 can speak a large list of pre-recorded phrases. It has infrared and basic color recognition sensors, grip sensors in its hands, touch or contact activated hand and foot sensors, and sonic sensors as well. For movement the V2 has an articulated waist, shoulders, and hands giving him a variety of body animations.

All ratings for Robosapien V2 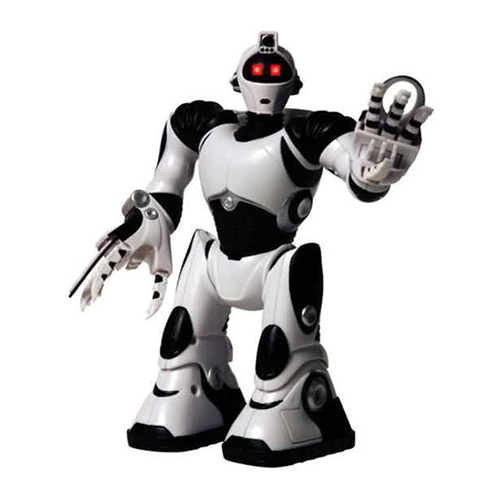