Keecker may not be the robot you expect in terms of form, but in terms of functions, this robot provides quite a few applications such as communication, security and projection.

The robot is small in size: 38.8 by 37.8 by 39.7 centimetres. He also weighs 12 kilograms and can drive around independently, the device is that it is equipped with a projector that rotates 90 degrees and can project image on any wall. Apart from that projector, Keecker is also equipped with an audio system. It's Dolby Surround 4.1, which has four speakers and one subwoofer built in.

he robot has a 360-degree camera (Sony's 13-megapixel lens) that sends images to an app or browser, so you can keep an eye on things from a distance. There are also all kinds of sensors built in, including a 3D camera, GPS, compass, gyroscope and accelerometer, so that the robot can find its way through your home without colliding with anything else. In addition, there is a thermometer and a moisture meter, as well as environmental light and infrared radiation detectors to monitor other environmental factors and alert in the event of deviations.

Be the first to rate Keecker home robot 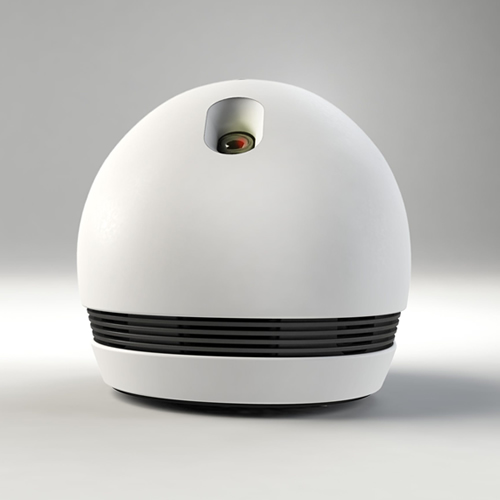