The largest supermarket in the Netherlands now has a robot delivering orders to customers. This is a trial by Albert Heijn at the High Tech Campus in Eindhoven.

Customers place their orders via an app. The groceries are placed in the robot by employees, who then drive to the right place with the help of cameras and sensors. Customers still have to go outside to pick up the groceries from the trolley.

Albert Heijn uses the Aitonomi, made by the German-Swiss Teleretail. The robot can drive up to 8 kilometres per hour, but Dutch law does not allow them to drive on public roads. That's why Albert Heijn has chosen to do the test on a private property of the University of Eindhoven.

The supermarket chain emphasizes that this is still a very small-scale experiment and that it is far from being the case that robots will drive in other parts of the country.

Robots for production support and efficiency

Robots for production support and efficiency 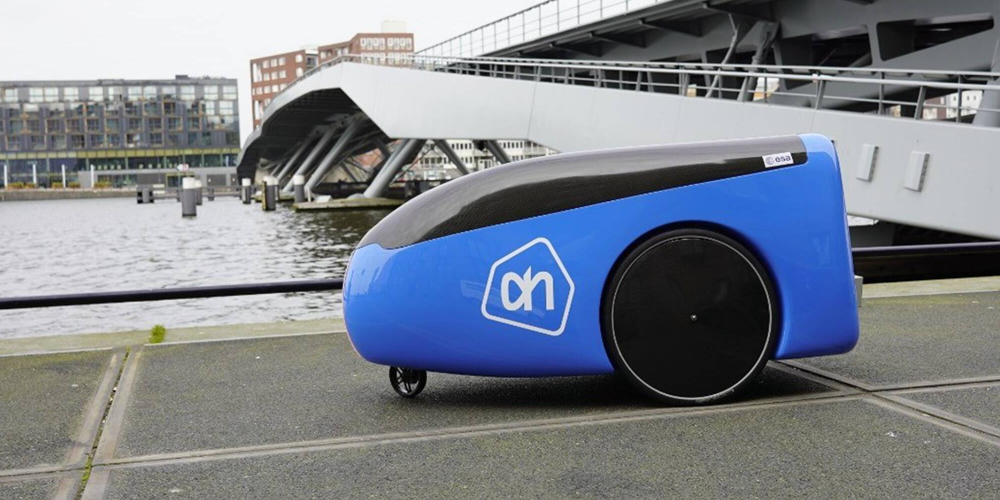