The many videos with bloopers prove that walking is not easy for a robot. Fortunately, there are companies that focus on this element of robotics, such as Agility Robotics.

Agility Robotics is a start-up founded in 2015 by the robotics department of Oregon State University. The company focuses mainly on the propulsion of robots. The company has already developed ATRIAS and Cassie and now also humanoid robot Digit has been added. Just like Cassie, Digit uses backward bending joints, just like an ostrich. Digit, however, is called more, a torso and movable arms. This enables Digit to maintain balance, open doors and carry objects up to 18 kilograms. Digit also has built-in sensors that allow the robot to find its way thanks to its LIDAR system, a way to determine distance using laser pulses. 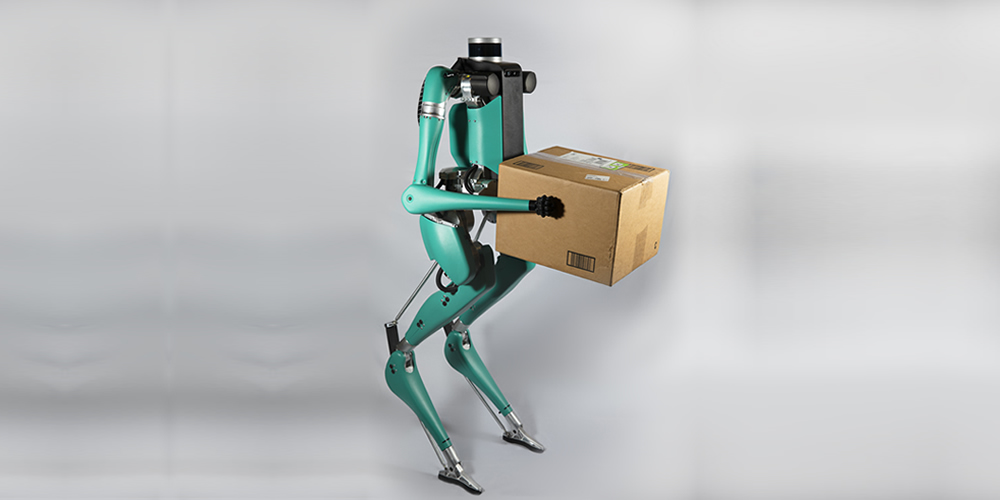