KiKi sets itself apart as a robot that's powered by "the world's first Deep Learning Personality Engine," which means that each and every interaction with the bot helps to shape its unique identity. Through sight, hearing and touch, KiKi the robot gathers data from the world with the camera at its nose, a built-in microphone and 12 interactive touch points. Users will learn to interact with KiKi in various ways—for instance, when the bot is seeking affection from its owner, it will poke its nose out. KiKi is a stationary desktop pal who just wants to be petted. 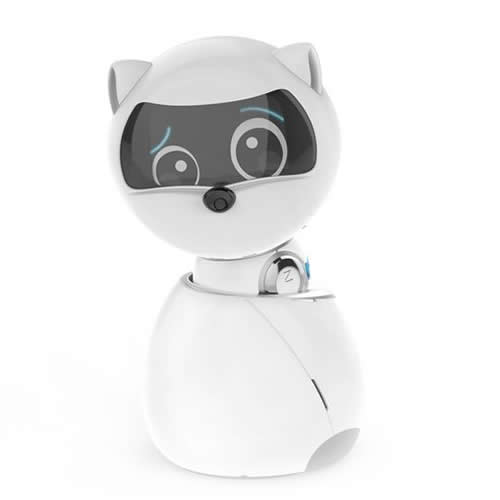