In China, children are taught their lesson by Keeko

In China, children in kindergarten are taught not only by a teacher, but also by a small robot called Keeko. The device is only 60 centimetres in size. Furthermore, the device has a round, white, chubby body.

Keeko tells children stories, but also challenges them with problems they have to solve. The robot is completely autonomous and drives around on small wheels. Inside there are cameras, which act as navigation sensors and record video diaries. The robot is now used in 600 kindergartens all over China.

No real teacher yet

The intention is that the robots will be used in more parts of China later on. "Education is no longer a one-way street in which the teacher teaches and the children learn alone," says Candy Xiong, who works with Keeko Robot Xiamen Technology as a trainer. Keeko fits in well with this new vision, because it interacts with children.

Still, you don't have to expect that the robot will take over all the lessons. Xie Yi, the director of the kindergarten where Keeko is being tested, thinks that will take a very long time. "To teach, you need to interact, have a human touch, have eye contact, and facial expressions. That is what education makes education.

Still, the robot does have advantages over a human teacher. "They are much more stable than people," says Yi. 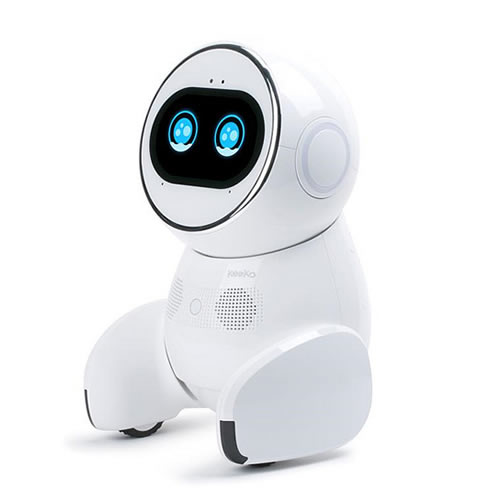