Are we going to connect our brains to computers

Elon Musk wants to connect the human brain to computers. A first step in this plan is to implant fine wires into the cerebral cortex. The operation, which must be as safe and fast as having your eyes lasered, will be carried out by a robot.

People with a disability; The goal is initially to insert brain implants into the brains of, for example, paralyzed people, and to enable them to operate computers and telephones. It should also be able to restore speech, vision and hearing.

Neuralink works on threads that are almost ten times thinner than a human hair. They contain electrodes that register the activity of neurons, nerve cells that process and transmit information, in the brain.  Neuralink has already done tests on mice. And last Tuesday, Musk said that a test on monkeys had also been successful: 'A monkey has succeeded in controlling the linked computer with its brain.  Neuralink wants to switch to clinical trials with people in 2020.

Insertion with the aid of a robot

The wires are still inserted by operation robot. This has to be done by drilling into the skull for the time being, as if it were a regular brain operation, but scientists from Neuralink hope that in the future this can be done by means of a laser drill.

Enriching our brain with AI

Our ultimate goal is to merge the human brain with artificial intelligence', said Musk, who in recent years had been making dystopian remarks about AI. He wants to enrich the cerebral cortex and the limbic system of the brain with a third, digital intelligence layer by means of a link with computers and the internet. 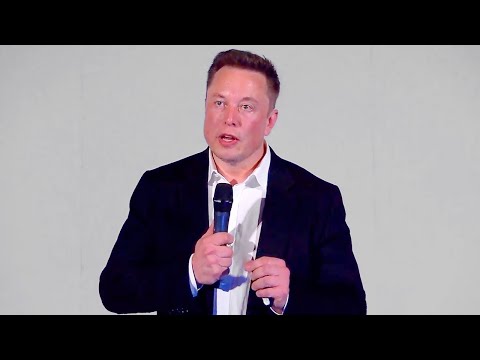 Elon Musk's newest venture, Neuralink, aims to bridge the gap between humans and artificial intelligence by implanting tiny wires that connect our brains to computers. Are we going to connect our brains to computers