Kobi a handy robot "gardener" for all seasons

Kobi is an autonomous robot that helps you with your hand in every season. Kobi is more than a standard lawnmower robot, so he also starts picking up and shredding leaves and blowing away snow when winter is in the country.

Thanks to an internet connection, Kobi connects to sites that predict the weather and can scoop away the snow in time so that it won't be too thickly covered in your garden. Kobi also has a built-in GPS technology and various sensors that allow him to get to know the size of your garden in no time and avoid obstacles. And an anti-theft system is built in.

Kobo robot for the garden

It is expected that the Kobi robot will cost around 3999 dollars.

A handy robot "gardener" for all seasons

a handy robot "gardener" for all seasons 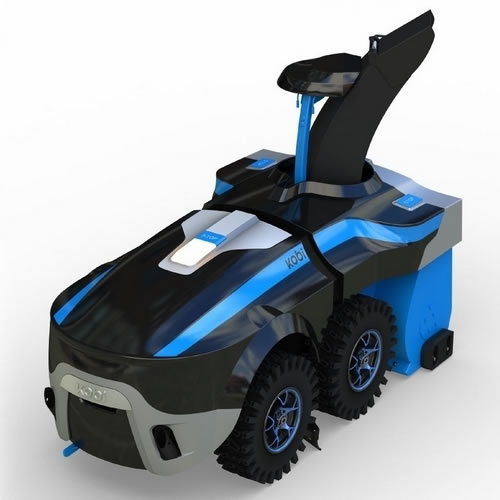 Kobi a handy robot gardener for all seasons