Honda stops with the Asimo Robot

Honda has announced that it will stop developing Asimo. In 2000, the android robot was the first machine that could move on two legs without tripping, thus representing a major breakthrough in robotic motor skills. Later on, the robot also acquired the ability to recognize objects and voices and to move autonomously.

Honda has never been able to develop a commercial product from Asimo, the robot evolved over the years from an innovative machine into a marketing symbol for the company. After 2011, the manufacturer did not release any new models of the robot. Now Honda felt that the time was ripe to send Asimo to retirement. The company will focus on specific segments in robot technology, such as health care and self-propelled vehicles.

Asimo continues to develop the technologies that made it possible to move the robot without colliding with objects. This progress in computer vision was crucial for the development of applications such as self-propelled cars, or, as Honda has put into practice, the production of a robotic lawnmower. 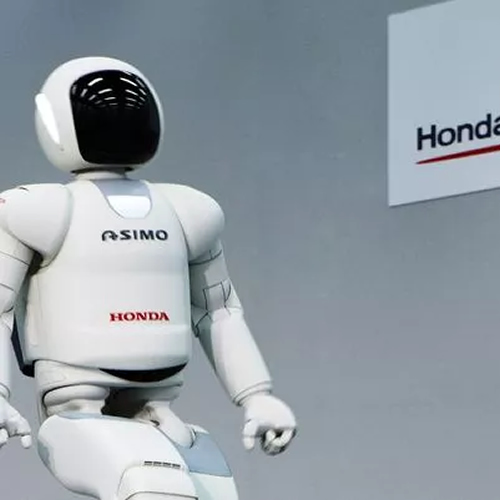